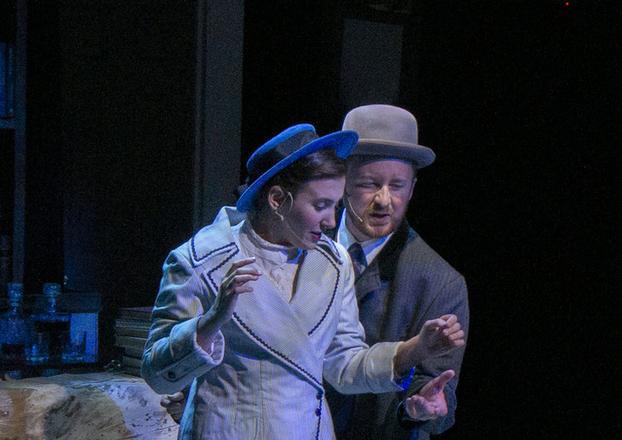 Caroline Wolfson is a passionate and versatile actor who holds a BFA in Drama (Musical Theatre) from Syracuse University. She has been performing professionally in the Washington DC area for the last 9 years, working at Signature Theatre, Theater J, The Kennedy Center, 1st Stage, The Keegan Theatre, Monumental Theatre Company, Creative Cauldron, Imagination Stage, and Adventure Theatre, among others.

She is represented by the Capital Talent Agency in Washington, DC.

Just before the pandemic hit, Caroline received her second Helen Hayes  Award nomination, this time as "Outstanding Lead Actress in a Musical - Helen" for her role as Jerusha in Daddy Long Legs at Monumental Theatre Company. The previous year, Caroline won the 2019 Helen Hayes Award as "Outstanding Supporting Actress in a Musical - Helen Production" for her role as Miriam in 1st Stage's production of Fly by Night.

In 2020, Caroline was cast in three DC area productions before all theatres were forced to shut down. She was in the middle of rehearsing her first show, A New Brain, in the role of Nancy when production came to a halt. The show was being directed by Kathryn Chase Bryer with music direction by Bobby McCoy. Following A New Brain, Caroline had been cast in another musical plus a play.

Caroline has trained at several prestigious programs in addition to Syracuse University's highly regarded drama program. She studied in London at Shakespeare's Globe Theatre and at the Royal Academy of Music. She also attended the Tepper Semester in NYC founded by producer and Syracuse alumnus Arielle Tepper. Caroline enjoys improv and completed the full curriculum at Washington Improv Theatre.